While you could probably sum up what your business does in just a few sentences, you know that it’s much more complicated than that. To achieve your business’ outputs, your staff completes a series of tasks that get passed from one person or department to the next until voila! You have tangible results. When you dig down, it’s amazing just how many little things need to be done. Business process modeling techniques allow you to capture all these steps in a format that allows you to visualize just how workflows function.

You may be asking yourself why it’s necessary to do this if you aren’t trying something new. After all, your team knows what to do. But there are several very strong arguments in favor of using business process modeling techniques:

Over the years, a variety of business process modeling techniques have been developed. Let’s examine your options.

BPMN consists of a series of symbols or “standard objects” to represent tasks and workflows. Of course, there’s nothing to stop you from developing your own set of symbols. However, using standardized ones makes collaboration with outside analysts easier and saves you from having to dream up a visual language of your own. 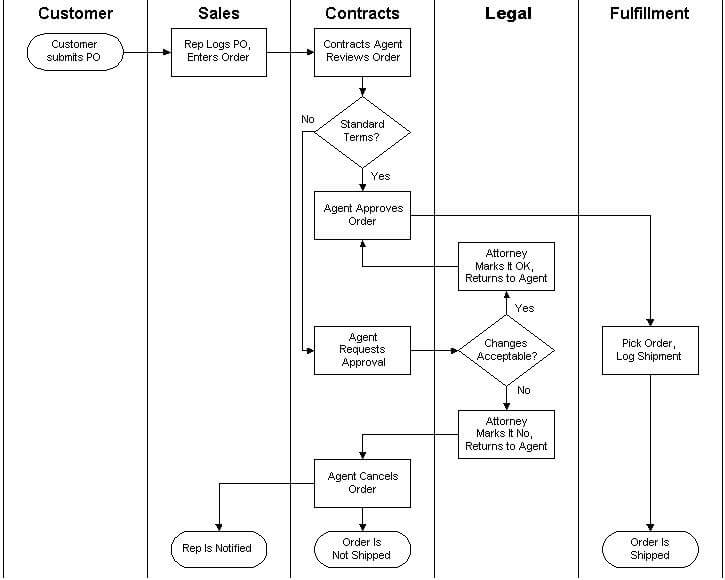 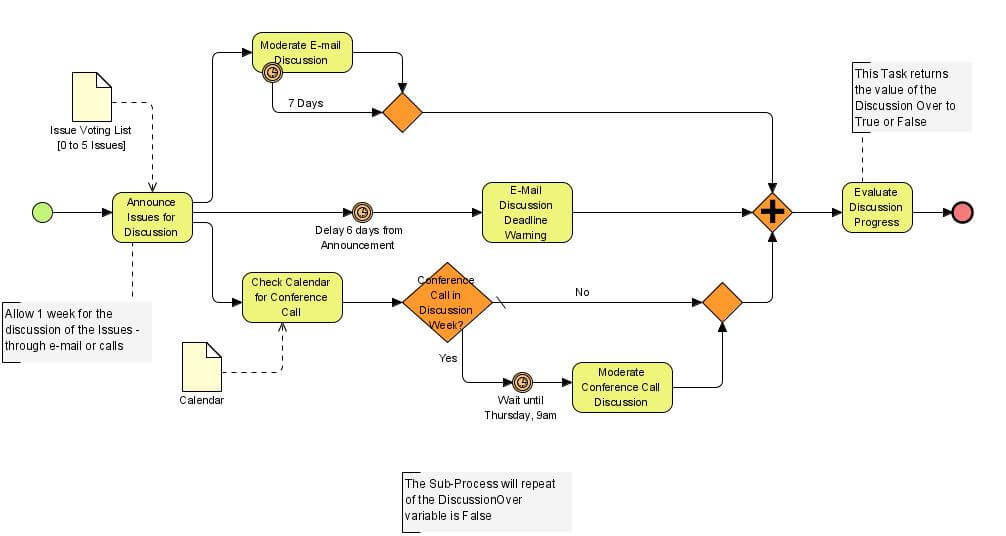 UML (Unified Modeling Language) diagrams offer an alternative business process modeling technique. The modeling language was developed by software developers, but it can be adapted to business process modeling. There’s just one problem with UML Diagrams, or rather, we should say that there are no fewer than fourteen problems! There are no less than 14 UML diagram types. As you can imagine, this limits UML Diagrams’ usefulness because understanding this type of diagram is a whole lot more difficult than interpreting BPMN-based representations. Want to learn the uses for each type of UML diagram? We’ve got a guide for that!

The drawback of old-fashioned flowcharts is that they rely on sequential flows and don’t support parallel activities that form part of a process. Because you can’t capture as much information with this type of representation, it is best used for very simple and predictable processes that don’t require much elaboration. Basic flowcharts were used to capture processes long before BPMN was conceived, and we can see BPMN as being an innovation that makes flowcharts much more informative and useful. This having been said, some consultants find that understanding BPMN isn’t easy for beginners and prefer to use a series of interrelated flowcharts since they don’t require as much of a learning curve.

Want to know how and why you should use flowcharts for process mapping? Check out our guide to process flowcharts.

Data flow diagrams were developed back in the seventies and their purpose is to represent data flows rather than activities.

While business process analysts give the nod to data flow diagrams, they generally agree that Yourdon’s technique is dated and has one big limitation: it focuses on information rather than action. Data flow diagrams are, by definition, data-focused and don’t provide a clear way to include all stakeholders in the process whereas BPMN can.

Nevertheless, if your workflows are largely data-driven or based on information flows, this form of business process notation could suit your needs. 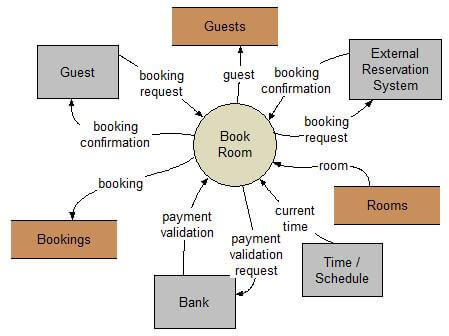 In the late nineteenth century, Gantt charts were the gold standard, and they’re sometimes still used. For example, a student preparing a dissertation will often be called on to provide a Gantt chart that breaks the task down into sub-tasks, each of which has a specific time-frame.

It’s still a useful tool, but in the BPM context, it is a little too simplistic to accommodate the many subtasks involved in completing some business processes. However, when preparing for projects with distinct timelines, businesses still find Gantt charts helpful. Whereas Yourdon’s notation focuses on data, Gantt charts are time-focused, so time-sensitive processes can easily be captured and tracked. It’s easy for the people in charge of different parts of the process to see when they are meant to begin work and by when each task should be complete. Managers can use their Gantt charts to check whether all the subprocesses are running according to schedule.

The early twentieth century saw the introduction of Program Evaluation and Review Technique (PERT) diagrams, which seek to break business process flows into timelines by estimating the shortest, longest, and likeliest times for the completion of each step in a business process.

The value of the PERT diagram is that it not only shows the critical path that must be followed towards outcomes but also helps to determine realistic time-frames for the process. That makes it particularly helpful in setting goals and targets and in comparing different process approaches to determine which will be more efficient. Functional Flow Block Diagrams may have been around for a few decades, but they still have their uses in business process mapping. Their focus is the order of execution of tasks or functions in a sequence of ordered blocks. Each functional block can be further broken down in a separate diagram showing the sub-tasks within each functional block. Of course, this results in a whole lot of diagrams representing a single process, but it’s easy to cross-reference them in relation to the first-level diagram.

Some businesses prefer FFDs because, despite the need for several diagrams, they’re relatively easy to follow – even when the process is rather complex.

Like functional Flow Block Diagrams. Parent activities give rise to child diagrams. There are various forms of IDEF, but for enterprise modeling, IDEF0 is the permutation to use. It’s certainly a sophisticated system, but its limitation lies in in its complexity.

There are 15 forms of IDEF and each addresses a different type of flow. Thus, there are different forms of IDEF for functions, information, data, simulation model design, process description capture, and so on.

You may need a course of study before you can effectively use them, but Petri Nets, and their Colored Petri net cousins are worth noting as one of the possible ways in which business processes can be mapped. Unlike flow charts, which struggle with parallel processes, Petri Nets are helpful in mapping processes in which several sub-processes must happen simultaneously or must be synchronized.

The CPN consists of places, transitions, and arcs, and although the mathematical language used to express them is complex, a person who is well-versed in their use can deploy them, and the related math, to test processes out. While BPM modeling techniques are useful on their own, they’re best used through BPM software.

The software allows you to create process models online, as well as letting you digitize your processes. Meaning, the processes are enforced by the software, making sure that your employees follow the best practices.

To get the most out of your processes, give our BPM software a try.

Not sure which BPM tool to go for? These 5 are some of the very best.

One thought on “9 Best Business Process Modeling Techniques (With Examples)”