Employee buy-in is the first step to carrying out any sort change in an organization. It is, however, never really guaranteed.

When employees don’t buy into changes, it can make it difficult to deploy process improvements, new technology, and operational methods designed to make your business run smoother.

Managers typically love change that moves a company forward, but employees have a tendency to fear and fight it. Terminating employees unable or unwilling to adjust is always an option, but that’s not a good business practice.

You don’t want employee buy-in to come from fear. Nothing good ever really comes from that, as it makes the employees unproductive and likely to quit.

Instead, you want to inspire employees to take up the company vision and move forward with you organically. That’s what it means to be a leader, not just a boss.

Obstacles to Employee Buy-In & How to Overcome Them

When tackling the issue with employee buy-in, the first question you have to ask is “why?” There might be all sorts of reasons why your employees aren’t willing to accept change, some rational and others not so much. It might even be something completely unrelated to the changes proposed, but based on their emotions.

During a merger, for example, the employees might be demotivated and afraid they’re going to be let go from the company. If you can, however, identify the exact barriers, then providing a solution can be much simpler.

Lack of communication is a major cause for low employee buy-in (or for organizational inefficiency in general). Regardless of the size of your company, it’s likely that the employees aren’t aware of your rationale for any sort of change.

If you’re restructuring the organization, for example, without explaining why, your employees will start coming up with the reasons.

Some might take it that the company is not doing well, and this might threaten their job security. This leads to all kinds of gossip going around the employees, a lot of whom might end up deciding to oppose the changes.

How to Overcome it: Be Clear With the Vision

Before attempting any sort of company change, make sure to let everyone in the company know why and how you’re doing it. If the employees are aware of the exact need for the change, they’re a lot more likely to go along with it.

For example: lets the old manufacturing process was very harmful to the environment, and now as the CEO, you want to initiate change that will make it more environment-friendly. This rationale, as long as it doesn’t threaten the well-being of the company, will be well-received by the employees, possibly even boosting morale.

In some cases, there might be a real as to why your employees are against the change. Your management, for example, might just have a different opinion on the change then you – and all that based on their professional expertise.

Say, the head of accounting believes that changing the manufacturing process might be too time-consuming and expensive for the company. They might think that the time might not be right, for example, as the company has loans it needs to take care of coming up.

Or on the other hand, the head of operations might think that the employees don’t have the skills and competencies that would be required for the change.

How to Overcome it: Deal with One Problem at a Time

The rationale presented by your employee might, in fact, be very much real. It might actually not be the right time for a change, or maybe there’s a middle-ground somewhere that would allow it.

The one way to go around this is to approach each concern at a time. You can personally talk to each individual opposing the change and come up with a solution to their concerns and problems.

Does the endeavor not sound financially safe? Go through the budget and make sure it is. Employees don’t have the right skills? Hire an outside company to train them.

If, after giving all the rational reasoning to the employees, they’re still not on your side, the issue might be of a personal or political nature.

If there doesn’t seem to be any good reason behind your employees opposing the proposed changes, it might be because of personal or political reasons.

In the first case, it means that the individual might just be against you for personal reasons, rather than anything practical. They might even just want to see you fail at the endeavor.

On the other hand, if the motivation is political, it means that there’s something to gain for the employee for opposing you. If they believe that you’ll fail with the change, for example, they might be seen in a better light, having predicted the event.

How to Overcome it: Popularity or Bargaining

In the first case, it doesn’t really matter what you do – if the individual doesn’t like you or did not like you from the very beginning, there’s not much you can do to change their opinions.

If you do manage to convince everyone else, however, someone with a personal grudge won’t have much of a choice but to buy-in.

On the other hand, in the case of a political issue, you can deal with it simply by making it worthwhile for them. If they benefit more from you winning than losing, they’re more likely to buy-in.

This is, of course, if the employee is a must-have in your initiative. If you’re giving up something important to have them onboard, then it might just not be worthwhile.

When attempting to facilitate change, you have to be extremely clear about how you’re going to do it. In a lot of cases, you end up a hurdle: you know exactly where the company is supposed to be headed, but you’re employees aren’t exactly sure.

You say, “from here-on-out, we’re going to make the company more environment-friendly.”

While it would be amazing if that was all you had to do, it’s never that easy. Unless you make the entire strategy clear & delegate tasks to the relevant parties, nothing will ever happen.

How to Overcome it: Be Clear with Delegation

After announcing your grand plan, you need to have a very clear action plan.

Each of the managers should be given a clear step-by-step strategy, with clear goals and objectives. Once the management is aware of what they’re meant to be doing, then it’s their job to delegate the exact tasks to employees working for them. 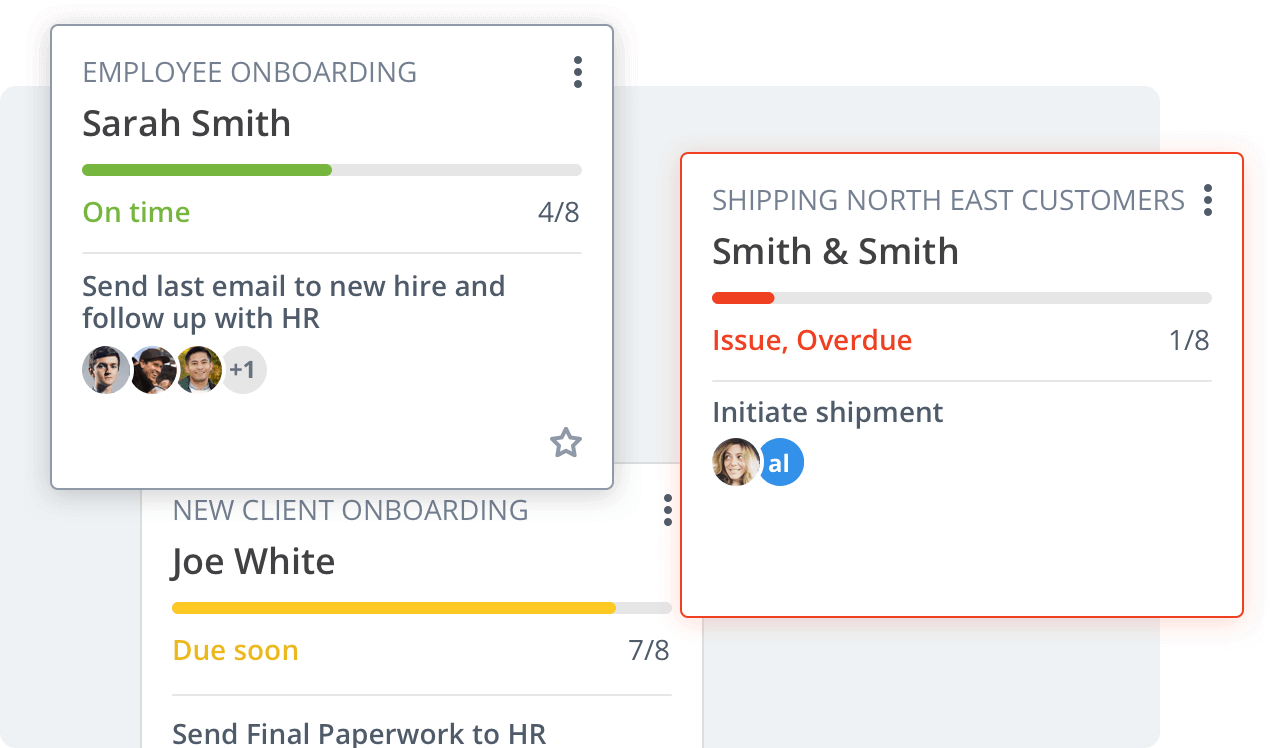